Adhirindi Episode 3: Navdeep Continues To Laugh Out Loud At The Madness With Naga Babu

Actor Navdeep continues his journey into the third episode with Nagendra Babu and Adhirindi. And we know it's going be crazier than before! 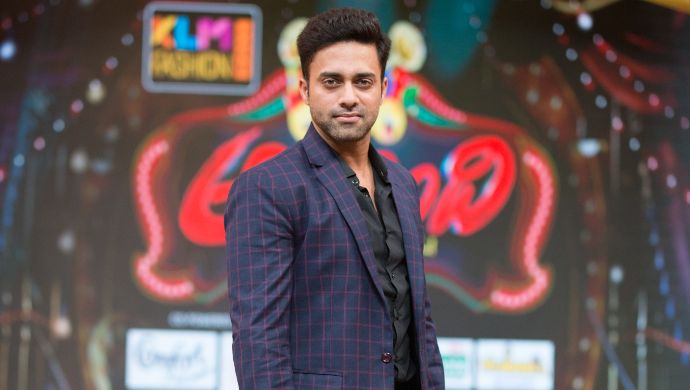 Recently, Tollywood actor-producer, Nagendra Babu brought a new side of comedy to us. With Adhirnidi, he brings 4 comedians, Dhanraj, Chammak Chandra, Venu and Ram Prasad, and their unique brand of comedy. The four amazing comedians come along with their entourage, and the funniest sketches, to entertain you every week. Adhirindi has successfully made people laugh out loud for two weeks, and now is all set to return with a bigger bang. In the first episode, Niharika Konidela joined her father as the co-judge, while actor Raj Tarun made a special appearance. In episode 2 and 3, Navdeep is stuck to the seat, laughing his wits out.

In the promo, we see Chammak Chandra opening the show with his unique comedy. In this episode, he portrays an old lady, who has found something exciting in her life. As she enjoys the new highs, her dead-husband tries to stop her (through the photo frame). In another skit, Chandra finds out why women need marriages and husbands. This is a performance you mustn’t miss! Venu finds his father, but cannot wait for him to die. Why you ask? We suggest you stick around to witness it.

If we had to define the word ‘mad’ to someone, we’ll make them sit through Dhanraj’s skit. He acts as a doctor and all that is cured in his clinic is your stress. But he makes you wait and watch what’s coming up next. Just one look at the promo, and you will know what we’re talking about. Closing the episode, RP and his fellow comedians. RP brings the best romantic-comedy of all times to life. These skits made Naga Babu and Navdeep hold their heads, as they laughed too hard.

We bet you will be ROFL when you watch the episode on January 5th, 2019. You can get your hands on the madness before it aires on TV, only on ZEE5. For now, check out Local Gangs.

Birthday Special: 5 Types Of Films We Want Bellamkonda Sreenivas To Be A Part Of