You may know the cute and handsome boy from Zee Telugu show Raktha Sambandham as Siddharth Verma. But the actor reveals his real name and more. 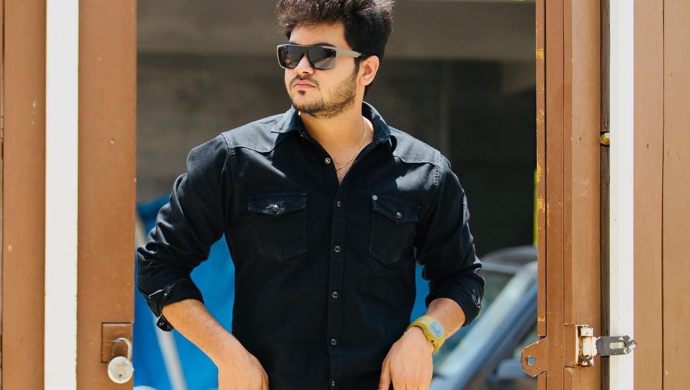 “What’s in a name?” questioned the great English poet and playwright, William Shakespeare. “Not much,” we have started to think. For a long time, a boy has been winning hearts with his genuine smile and beady eyes. Most people know him as Aditya from the Zee Telugu show Raktha Sambandham. Some know him as the telly heartthrob Siddharth Verma. And for some, he is the boy who broke hearts by marrying his long-time girlfriend Vishnu Priya. Did you know, the young couple recently became parents to a little boy? Well, there’s a lot about this charmer that we bet you did not know.

Watch the recent episode of the show here:

Recently, the actor was interviewed and the chat was full of revelations! We’ve got the juiciest of them for you right here. For starters, did you know that the name ‘Siddharth‘ came to the actor much later in his life? Yes, he revealed that the name Siddharth was given to him by the industry during his initial days of acting. He was born Ravi Verma. We’ll let you take that new information in. Next up, Siddu, as he is better known, is married to Vishnupriya. But did you know when the couple started dating each other?

Siddu and Priya have known each other almost their whole lives. Coincidentally, they debuted together with the film Nenu Naa Friends as the leading pair. Siddu was admittedly the first one to fall for her. But before either of them could realise what was happening, the love birds were deep in love. Finally, one day when the two, who were sitting together during their film’s promotion, felt the longing that was to follow in a few days once the movie released. That’s when they turned to each other and mumbled the three magical words. And the rest, as they say, is history.

Kalyana Vaibhogam: In An Attempt To Seek Validation, Nithya Finds Out…

Here’s some more tea! When Siddu was asked what was the new thing learned about his wife, once they were married, he said, “She works a lot. I need to laze around after a night shift. But she is up and about at 7 am itself.” And this question was followed by the thing about Priya that annoys him the most. And the actor spilt, “She talks… a lot!” Well, we guess you need someone to chirpy in the relationship. Right?

Stay tuned to know more insider details about your favourite telly stars right here. Catch up on the latest episodes of Kalyana Vaibhogam on ZEE5.