The time is running out for everyone. But the ladies in Ninne Pelladatha know what they want and how. Were curious to see who gets what they want. 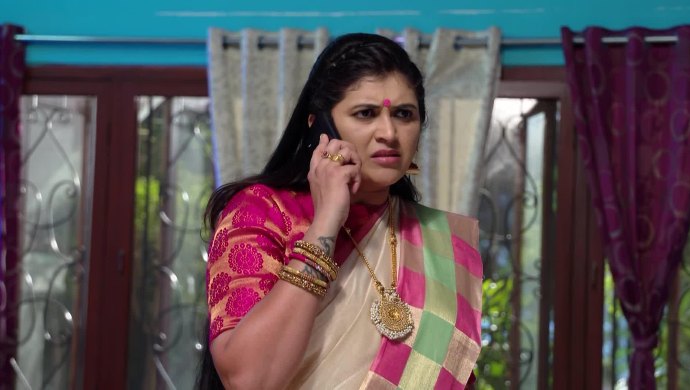 The heat has been rising up steadily, in the Telugu TV show Ninne Pelladatha. Mansi (played by Sree Priya), Mrudula (played by Madhubala), Brahmini and Sarayu (played by Sarayu Roy) are all going at each other with the head-on competition. Who will make it through the obstacles, that’s what we are all waiting to watch. We have Mansi, whose obsession for her Bava Madhu knows no bounds. She is all set to ditch her fiance and marry Madhu on her wedding day. Next up, we have Sarayu, Mansi’s closest companion. Sarayu’s passion for bringing Mrudula down has been constant since day one. She keeps finding new ways to hurt her. Bigger the occasion, deeper the wound. Sarayu will definitely do something on Mansi’s wedding day. Then comes the leader, Brahmini. Her need to get Mrudula out of the way is too desperate. How far could she possibly go now?

Mansi’s obsession with Mrudula’s husband, Sarayu’s obsession to take her down and Brahmini’s need to keep her away from her son – when combined result in the most venomous combination. And where does it spew out? Of course, on Mrudula. For the longest time, Mrudula accepted everything that came her way, both the good and the bad. But now, things have changed and so has Mrudula. She showed Mansi her place by knocking sense into her brain. Mrudula handled Sarayu by getting evidence that would destroy her within seconds. Lastly, Mrudula gave Brahmini and jolt that she cannot recover from, by becoming the CEO of Brahmini’s biggest ally company.

All three venomous ladies are taken aback by the new avatar that Mrudula has unleashed. Their attempts to take her down have consequently failed for almost a year. Now with only 9 days remaining to Mansi’s wedding day, can they change her fate? Or will Mrudula take situations under her control and dictate their plans while they remain unaware of it? We’re rooting for Mrudula, as we always did. Who do you think will win the battle this time? Let us know in the comments below.

Until then check out Gundamma Katha on ZEE5.